How to Use WhatsApp as an Educational Tool

WhatsApp can be an invaluable teaching tool in the teaching learning process.  You can create WhatsApp groups for each of the classes that you teach. By doing so, students can have a reservoir of additional content in a variety of ways that appeal to them (audio, video, pictures and mimes).Monitoring of a WhatsApp group is far easier than you think,. You can ask a member of the class to create the group and add you as one of the admins. Informed students that any posting of inappropriate content in the group will result in immediate removal from the group. Just by setting a few group rules, you will realize that students will follow the guidelines.  Here are a few tips on how to use WhatsApp as an educational tool.


WhatsApp is perfect for sharing videos, url links, pictures, messages  and other information. In your class groups you can use the app to share the class content in the same way. You can take pictures of class notes, video class presentations, share blog links (CSEC English Made Easy), audio versions of the books and poems, movies based on books and online novels with your students. Students can also be encouraged to share information that they have found on various lesson topics. This will also help to develop student’s research skills. Remember you do not have to be the only person who is constantly in charge of disseminating the information. Based on your school’s policy, you can appoint a member of the class or a group of students to be the tech consultants in the class. They can be the ones to take the pictures and videos as well as posting them to the class group.

Assisting Students Who are Absent


Often teachers have the policy that once a student is absent they must get the notes and complete the assigned tasks. Nine out of ten times this is not done. Plus, students often have a number of reasons and excuses why the work is not done. Now, students who are absent can be aware of what happened in class through the information that is posted in the WhatsApp group. You can remind these students that after class the notes and class work will be posted and therefore assignment must be turned in at the next class.

Whatsapp is also great for posting reminders to the class about tests, quizzes, workshops, change of class locations, etc. Additionally, it is great for reminding students what they need to take to class or the deadline for a piece of assignment. I find that posting reminders in the WhatsApp is more efficient than having to go to the class to remind them in person.

You can also host study sessions once a month on an agreed date and time. Students can submit their questions and the teacher can assist them by answering frequently asked questions. This can be recorded and sent via voice notes.
You can also post questions based on the various lesson topics that students can post their answers to. The student who gets the the answer correct can get his/her answer replied to with stars and any other preferred emoji. The idea is that Whatsapp facilitates out of class discussion and instant communication between you and your students. Therefore, the sky is the limit in how you choose to use this app. Please comment below and let me know if you use this app as an educational tool in your class or offer any other ways in which this app can be used as an educational tool.
]]>
19th February 2017
Posted on 12th February 2017
Breaking NewsTravel

Questions based on God’s Grandeur 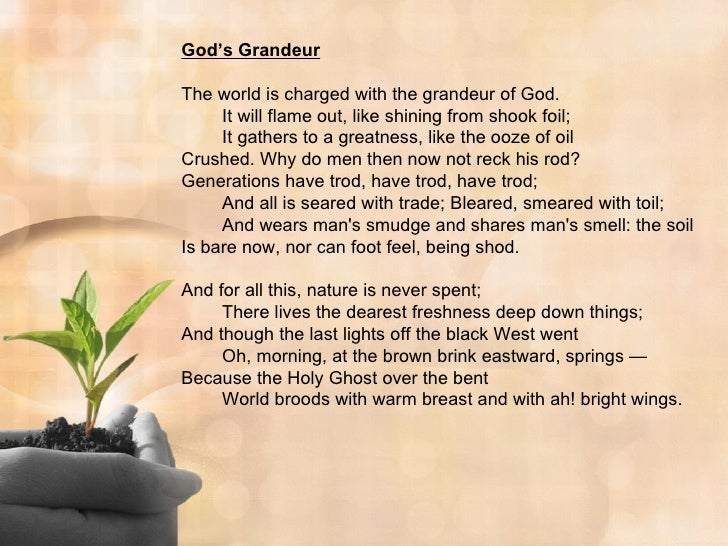 1. Using your own words, express in about two to three lines the theme of the poem.

2. State the central contrast which this poem presents between God and man.
Explain it fully with reference to specific details.

3. Select one metaphor used in the poem and show how it is expanded.

4. Identify the lines in which the poet expresses:
(a) disgust
(b) hope

5. Explain in your own words the meaning of the following lines:
(a) Why do men now not reck his rod?
(b) And for all this, nature is never spent.

6. The poet uses the following devices. Select one example of each and comment
on its effect:-
(a) Simile
(b) Alliteration
(c) Compression
(d) Repetition

7. State the effectiveness of using any ONE of the above devices.

Read the following passages then answer all the questions set on them.

Gradually, every parent becomes aware that his or her child has adult concerns, wants acres of privacy and no longer trusts the goodwill of parents in the same old way. These are the biggest of all changes in child-parent relations, and are almost always in place by age 13. This shift occurs not because of bad influences and media, but because your child’s brain has matured and is capable of more independent judgement. Please remember, however that the change is not locked in place. A young adolescent can bounce back and forth between ages eight and 13 (and sometimes 15) in a matter of seconds, scorning your values yet, at times, still wanting to sit on your lap.

For girls, the central action is their social lives and the intensity of their feelings. No matter how much a girl and her friends are torturing one another with gossip in school or instant messages from home computers, she is convinced that if you knew what she was saying, you would disapprove or, even worse, try to interfere and make a bad situation uglier.

What is she talking about with her friends? Social power: Who’s popular, who’s feminine, and who’s really weird. Parents: their faults and inability to understand 13 year olds.

Girls are talking about their powerful feelings; they have complex and sometimes overwhelming insights into life. Their joy can be great and is visible, but their despair is hidden in solitary late-night crying, journal entries, weight obsession.

Boys are preoccupied by their power and opinion of other boys, their anxiety about whether they live up to the test of masculinity, a new, deeper range of feelings that they may be unable to put into words. In the kitchen, a boy looks down into his mother’s eyes and thinks, why is this woman giving me orders? I love her but I am bigger than she is. That perplexes him because he still needs her so much. Boys, like girls, are having a lot of dark nights of the soul in which they see how disappointing adults can be and how unjust society is, they may not be able to put their fears into words, or they do not want to because it makes them feel weak.

a) What meaning is conveyed by the word ‘acres’ in line 1?

b) Identify TWO of the ‘biggest of all changes in child-parent relations’, according to the writer.

c) What does the phrase ‘not locked in place’ mean?

d) What, according to the passage, are causes of the shifts in child-parent relations?

e) To whom does the word ‘you’ in paragraph 2 refer?

f) What, according to the passage, is the preoccupation of (i) girls and (ii) boys?

g) Why, according to the writer, are boys perplexed?

Click on the links below to complete the following quizzes. You can leave your first name and scores in the comments section.
DIALOGUE QUIZ USING QUOTATION MARKS

This course is designed for individuals who will be setting...
$12.00
LP Courses